To me this is not enough space both for Files and Changes: 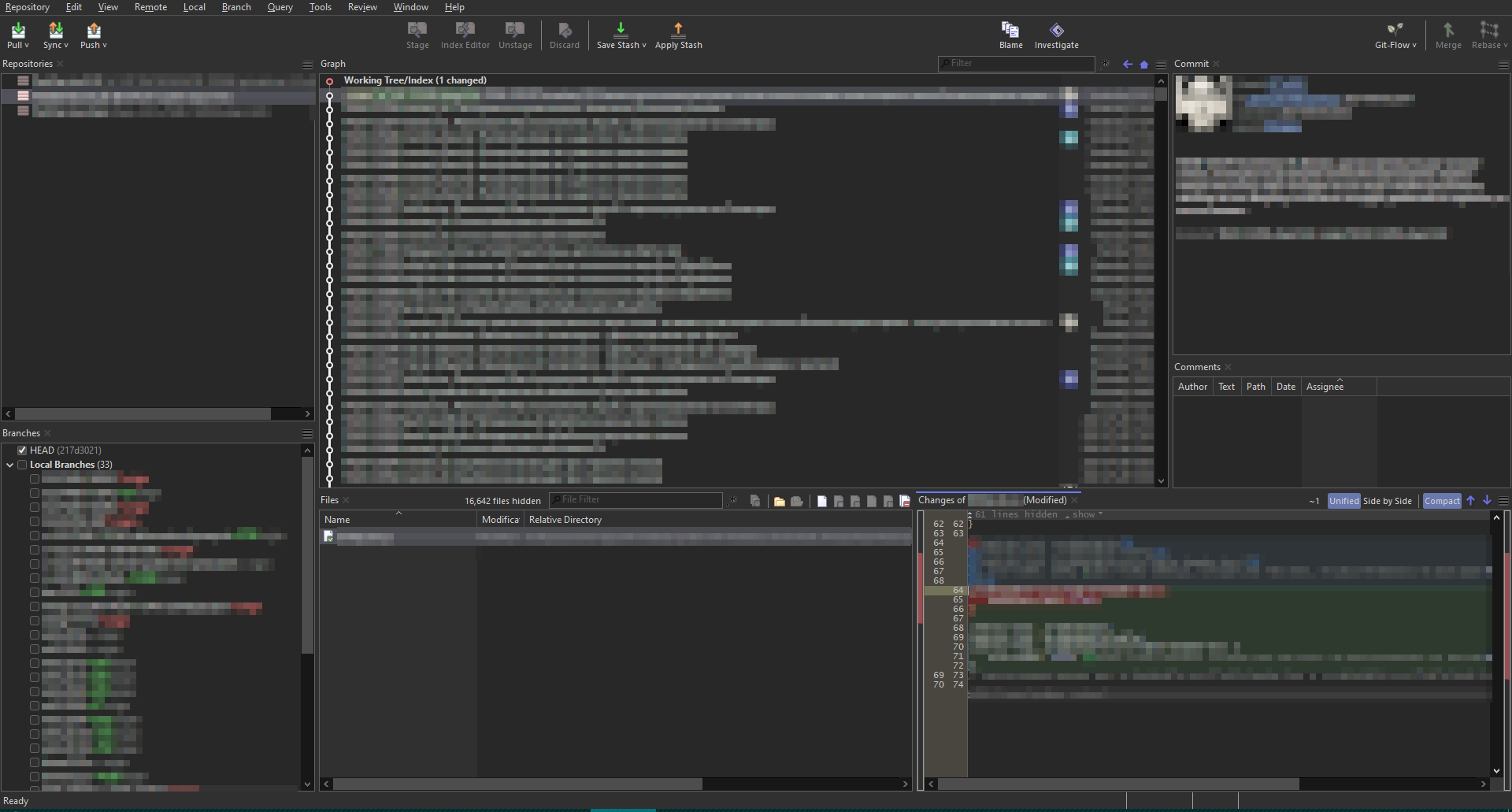 So I wish I could have a separate Changes window that I could drag to another monitor, to view changes better, and to free up horizontal space for Files. I tried the following.

2. Opening a separate Changes window (F4). But it doesn't follow file selection in the main window - it just shows the file that you opened it for.

Wait, 3 works, you just have to shuffle the subwindows a bit:

Still, wish there was a better way, that doesn't require a non-maximized window, because I am going to drag it by mistake every once in a while. Also my monitors are of different sizes and not positioned 1-to-1 vertically.

SG shows dialogs in the center of its window - that's another issue with the 3rd approach.

And the Log window now opens stretched over my two monitors as well.

2: ideally this wouldn't show up as a separate window in Windows taskbar.